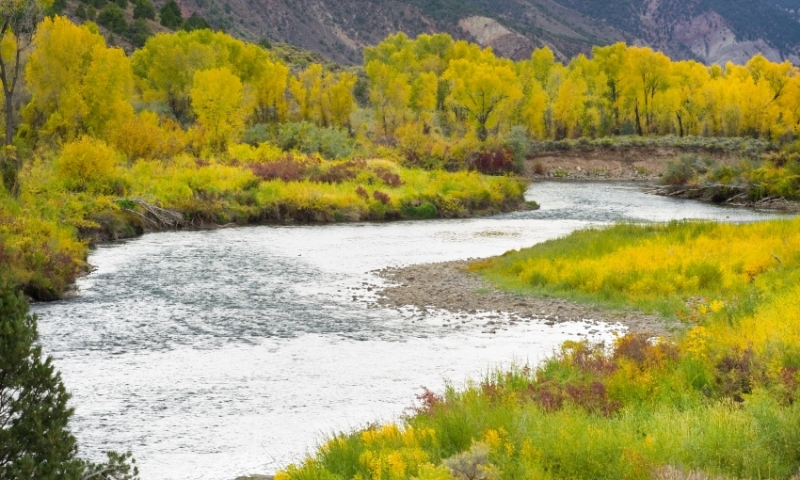 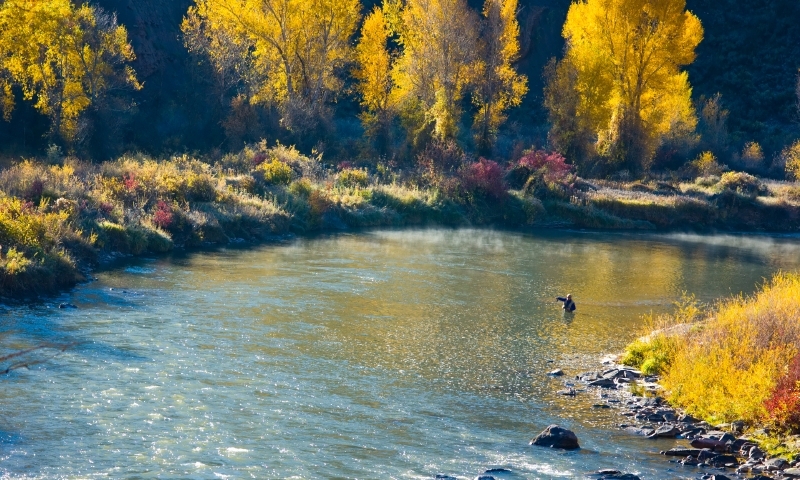 Eagle River fishing can be fantastic for eager brown trout through the towns of Vail, Eagle and on down to where it joins the Colorado.

Year Round guided Colorado Fly Fishing trips on the Colorado, Arkansas and Blue River, and more. Beginner instruction and expert guides are our specialty.

The Mountain Angler Ltd. is Summit County’s oldest fly fishing guide service. Situated in Breckenridge, we are also near the headwaters of five major rivers.

Are There Fish In Here?

Fly fishing Colorado's Eagle River seems like a no brianer, as many of the access points look fishy, but many leave the river scratching their heads. The smaller headwaters near Vail produce lots of little trout, but as the river gains momentum through Eagle, it gets more appealing, but a little help might be a good idea.

Rainbows and browns can be caught along the Eagle. Drifting the river with a guide or using a raft will allow anglers to access the better drifts and runs from June through December.

From the many exits along Highway 70, anglers will find lots of pullouts off frontage roads or the obvious pullouts along the highway near Eagle and on down to the river's confluence with the Colorado.

Side Notes On The Eagle

Don't waste your time fishing the fishy-looking waters near campgrounds. These spots seem void of fish at times. The fish are often found on the bigger stretches in riffles from June until December. A guide with a driftboat is the best idea for the Eagle.

Fly fishing river near Aspen and the Roaring Fork Valley.